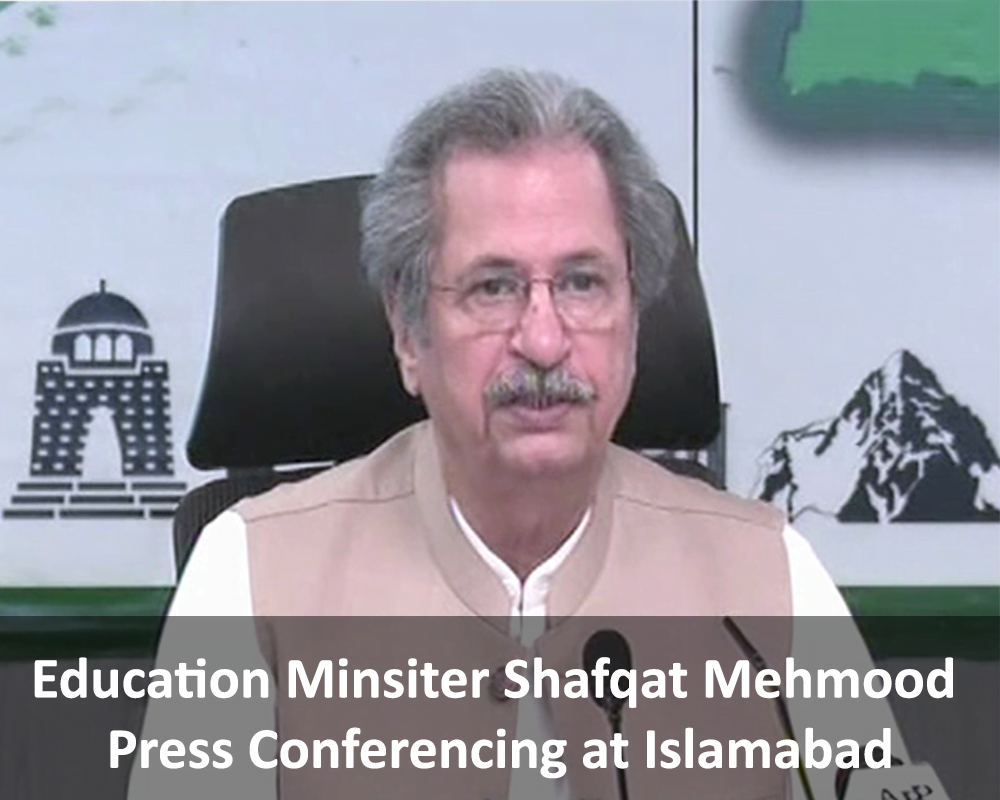 The country’s schooling priests, in a gathering on Monday, chosen to resume instructive establishments in the nation in stages from January 18. Addressing a press conference in Islamabad after the gathering, Federal Education Minister Shafqat Mahmood said about Educational Institutions that in the main stage, classes nine to 12 would be permitted to continue from Jan 18th [1].

He said that in the following stage, classes one to eight would continue on Jan 25. All higher instructive organizations would continue from Feb 1, he added[1].

A timetable of reopening[1]:

A timetable of Staff and Students:

The Education Minister said that educators and regulatory staff would allow returning to schools from Jan 11 after the colder time of year excursions finished. Online education taking in can likewise be continued from Jan 11, he said[1].

Explaining About the Examination Board:

Explaining on the decisions taken during the meeting, Mahmood said that board exams which because to be held in March and April were delayed to May and June in light of the fact that “the youngsters have not finished their coursework and we need to give them time [to prepare]”. He added that the public authority would audit the securities circumstance again on Jan 14 or 15 to “check whether the direction leveled out”. “Allow me to underscore that this year no one will be advanced without tests,” the priest said in a tweet[1].

Advised of Dr. Faisal Sultan from the Protection of COVID-19:

In the meantime, Special Assistant to the Prime Minister on Health Dr. Faisal Sultan, who tended to the press conference before Mahmood, advised that more insurances were expected to control the spread of Covid-19[1].

“At the point when we took a look at information and examined it, it turned out to be evident that we need to avoid potential risk and deferral [reopening] so the subsequent wave can be diminished before we return,” he said. He said that information demonstrated that end the instructive organizations prior had prompted a “delay in the infection”[1].

Punjab Minister for School Education Dr. Murad Raas in a tweet said that classes in the territory would continue as indicated by the timetable reported by Mahmood[1].

“All organizations will have half understudies on substitute days as in the past,” he added. In a different public interview, Raas named the 50% participation strategy “the main thing”, saying that schools were being opened “not on the grounds that the COVID-19 circumstance [had improved] but since the kids were causing gigantic instructive misfortunes”[1].

Question from Media and Answering by Murad Raas:

Reacting to an inquiry, he said that board tests would hold in June. Work would begin on choosing assessment focuses from now, he added. Discussing the promotion of understudies to higher classes, he said that 50pc of their tasks would check towards deciding their last grades. “Children won’t be advanced without tests,” he said[1].

The government had decided to close instructive establishments in November of a year ago after the nation saw a disturbing ascent in cases and passing’s in the second rush of the COVID-19. Mahmood had said that a survey meeting would be held in the main seven day stretch of Jan and the event that the circumstance had improved by, at that point, they would be returned on Jan 11th [1].

An official of the training service had before revealed to Dawn that an ultimate choice on “regardless of whether instructive organizations should be returned on Jan 11 or excursions reached out till the month’s end will be taken in [today’s] meeting after getting contribution from the wellbeing service on the current status of Covid-19″[1].

Health Minister About the Institutions, Staff, and Children:

He said if the security service exhorted on expanding vacations, the government instruction service would set aside no effort to broaden the special seasons, paying little heed to what the tuition-based school proprietor’s state. The school owners have been requesting the resuming of schools from Jan 11th [1].

“Securities of understudies and instructors is essential to us. We can’t suggest the opening of schools on the weight of school proprietors. How might we put the soundness of youngsters in danger for the non-public school proprietors? Thusly, let me get straight to the point, we will make a choice in the light of the Securities service’s proposals,” the official said[1].

Instructive establishments saw a months-long conclusion in 2020 because of Covid-19. They were shut in March and afterward returned in September just to be closed down again the following month because of the consistent ascent in COVID-19 cases[1].