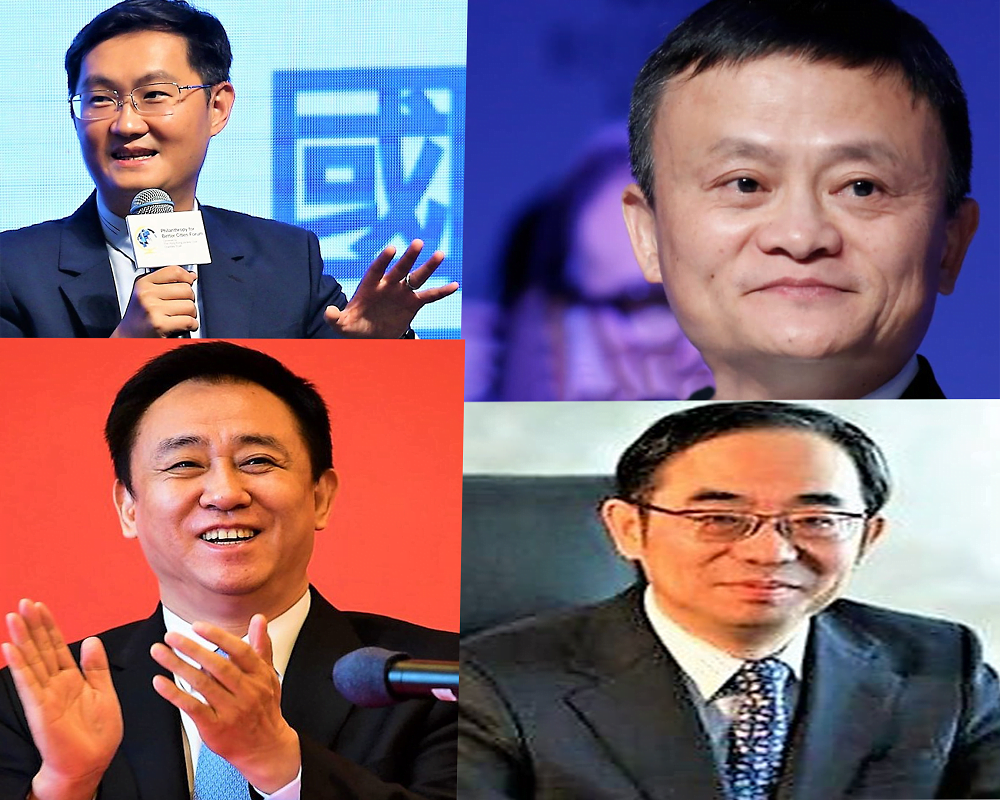 Jack Ma was born in Ma Yun in Hangzhou, Zhejiang, China on 10th September 1964. He was willing to learn English at his young age and at the age of 9 years he traveled 27 Km on his cycle to guide tourists and learn English from them. His name was difficult for the tourists and his name became Jack. He completed college in 3 years and got admission in Hangzhou Normal University. He completed his education B.A in arts degree in English. He started English and international trade at Hangzhou Dianzi University. He started his career in the world of internet and e-commerce after rejection from 30 jobs. He started his business from 1994 with his friends. He visited the United States in 1995, he was shocked to see that there was no general information about China on the internet. He made a website with his friend “China Pages”, they got revenue from it about $800,000[1].

After the success of this business, he and his other friends made Alibaba company and won about $25 million investment in foreign investment two times. He founded the Taobao marketplace, Alipay, Ali Mama, Lynx. After the success on large scale, he had offered to sell the Taobao company to eBay but he refused, Yahoo Co-founder invested about $1 billion in Taobao company. In 2014, Alibaba was on the top of the New York Stock Exchange over $25 billion in IPO, and becomes the most valuable technology company all over the world. He was famous in America in history demanded by the public of Americans. He was the chairman of Alibaba group which holds about Alibaba.com, Taobao Marketplace, Tmall, eTao, Alibaba Cloud Computing, Juhuasuan, 1688.com, AliExpress.com, and Alipay. His transaction exceeded more than 1 trillion Yuan in 2012, he founded the school “Hupan school” in 2015. He met with the president of America Donald Trump in 2017 to discuss the 1 million job openings in the coming 5 years in favor of Alibaba[1].

He made a movie Gong Shou Dao in 2017 and the same year there was the 18th anniversary of Alibaba Group, he did some dance and sing-song there. Jack Ma is kind-hearted and has pain in his heart. He served for people all over the world. He focused on education, the environment, and public health from his philanthropic organization. Alibaba donated about $808,000 after the earthquake, in 2009 he was elected as the trustee of the Nature Conservancy’s China Program, in 2010 became the directors of the organization. Alibaba helps Hong Kong to establish and support the business, the same year he helped Nepal for the reconstruction of the houses. He left from Alibaba, educational work, philanthropy, and environmental causes. He got an award from Forbes “Malcolm S. Forbes Lifetime Achievement Award” for helping underprivileged communities like China, Africa, Australia, and the Middle East. He called in 2019 “Asia’s 2019 Heroes of Philanthropy”. Alibaba helped the public to prevent Coronavirus and gave aid to several countries the United States, Asia, Africa, and Europe[1].

Ma huateng was born in Chaoyang District, Shantou, Guangdong, China on 29th October 1971. He can be known as Pony Ma. He is an internet Entrepreneur, founder, president, chief executive officer, and executive board member of Tencent Inc., Tencent is the largest internet company in China. Initially, it was China’s biggest mobile instant messaging service and its companies deliver media, entertaining, internet, and mobile phones value-added amenities. He founded the company with his 4 classmates, co-founded Tencent in 1998. He is a designer, developer, innovator for making new apps, and marketer. He developed an application similar to the Israeli application open ICQ (OICQ), he after had an issue about the name and copyrights, renamed with QQ.com. He invests in Hong Kong Telecom Company and after the telecom company bought the shares of about $2.2 million. He improved the instant messaging platform and generate revenue by about 80% from it[2].

He has strong relationships with the Chinese party name “Communist Party of China”.  He was depressed due to the people’s thinking and he said, “Lots of people think they can speak out and that they can be irresponsible. I think that’s wrong. We are a great supporter of the government in terms of information security. We try to have better management and control of the Internet”. He believed in the execution, not the idea’s importance. He bought a residence in Hong Kong with an area of 19,600 sq. ft. He gave his wealth of about $2 billion in a charity foundation[2].

Hui Ka Yan was born in Taikang County, Zhoukou, Henan, China on 9th October 1958. His Chinese name is Xu Jiayin. He married the lady Yang Huiying working in the steel company. They have 2 children and living in Guangzhou. He is China’s richest person who initially worked as a real estate developer. He became the stakeholder of China and completed about 700 projects in China and more than 240 are in cities include Beijing, Shanghai, Guangzhou, and Shenzhen. He became the branch president of the “Zhonga” company which name “Quanda”. After that, he went to Guangzhou which is the capital of Guangdong province and established Gunaghou Pengda industrial CO,.Ltd[3].

He became the Chairman of the board, owner of the Guangzhou Evergrande football club. He invested in electric cars about $6.4 Billion in 2019 which is a three-year investment plan. He dropped his wealth for the poor and needy person living in China, he gave up about $20 billion in the past three years in which the Coronavirus is one of them[3].

Sun Piaoyang was born in Lianyungang, China in 1958. He was an academician and best entrepreneur, sun Piaoyang is cranium of Jiangsu Hengrui medication, and a man with durable willpower to fight against cancer. He was the most intelligent student from the beginning. He obtained a Bachelor’s degree from China Pharmaceutical University and got the degree of Doctorate from Nanjing University. He said that “Education is one of the secrets of success for Sun Piaoyang”. Despite his phenomenal business success, he remains highly devoted to academics and has many research publications in national and international journals of repute.

He became the inventor and innovator of many medicines, organic derivative, and clinical procedures for which he has got numerous patents. He started his career after getting the degree of doctorate, he first did the job in the state-run Lianyungang Pharmaceutical Factory. After that, the factory was recognized and became Jiangsu Hengrui Medicine. He became the head of this company and got a profit of $13,000. In 2014, his company won the approval from the US food and drug administration. He started the work for cancer patients and in China and made research centers with his investment of about 10% in different cities of the country. He donated for the cancer patients who are at the last stage[3, 4].

According to my opinion, all the persons are very famous in the world which are discussed above. They all have pain for the poor and needy person, all donated for the needy. Jack Ma is co-founder and chairman of Alibaba Group, he had very interested in the English language and guide the tourists by traveling 27 KM from his home. He learns a lot from the tourists and after his education, he became the founder and executive of Alibaba group. He did a lot of work for people all over the world in the problems and in progressive work. Ma Huateng is Co-founder of the Tencent gaming company at first, he did work for the instant messaging application. He is a philanthropist and founded the foundations for the charity. Hui Ka Yan is also a philanthropist and real estate developer. He did about 700 projects and more than 240 were in the main cities of China, he got famous and rich in China. Sun Piaoyang is the eldest China’s richest person, he did for the medical field and got fame after the doctorate education, joined the Lianyungang Pharmaceutical Factory. After that, he became the chairman and at last, he got approval from the U.S food and drug administration. At the last, Jack Ma is the richest person which gave his wealth to charity and donation from the income coming from the Alibaba group. I said that he is the richest person in the world because he has pain for the poor person in heart.