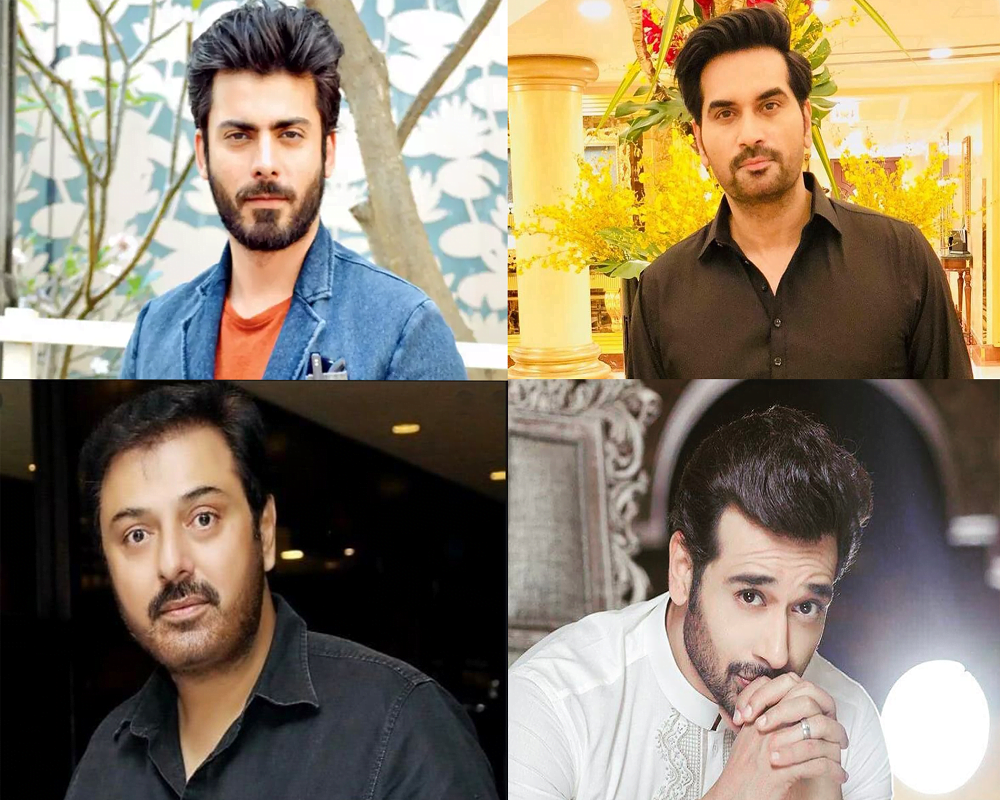 Noman Ijaz was born on 14th February 1965 in Lahore, Punjab, Pakistan. He got his early education from the Cathedral High School, Lahore. Later he joined Divisional Public School, Model Town, Lahore. He completed his intermediate education from Forman Christian College. Noman Ijaz had a fond to become a lawyer and he got admission in the Punjab University, Lahore and completed his LLB (Hons.). After completing his education, he joined showbiz industry and become a famous actor in Pakistan Drama industry. His father worked in a theatre and he remained as a manager for some years while his mother was a housewife. Noman Ijaz was the 1st one to join the showbiz industry. He got married with Rabia and ALLAH blessed them with 3 sons[1].

He also worked in a lot of movies which are given below;

His roles in dramas are fantastic and powerful to attract the audience and viewers. List of dramas is given below;

Noman Ijaz is one the most senior and most able Pakistani actor who is serving as an actor, producer, and one of the most things is he is dominant on the screens for newcomers. He is known for his extraordinary personality and his substitute assistance’s[1].

Fawad Khan was born on 29th November 1981 in Lahore, Punjab, Pakistan. He is one of the best looking and handsome Pakistani actor who made everyone proud by giving hos best work in Bollywood too. He lives in Lahore city but he most of time went out from the city for work. He was born in a Pathan Family where his father was a seller in pharmaceutical sales and family to live in the different parts of the world which include Dubai, Riyadh, and Gulf but after that the family moved to Lahore and permanently shifted here. He and others 2 sisters lived with him. He got married to Sadaf Khan in 2005 and ALLAH blessed him with 2 kids. He went for Hajj on 2018, the Prince of Saudi Arabia invite them for Lunch[3].

He completed his education from school in Lahore Grammar school and did A-levels from there. Then he moved to the computer filed in education. He completed his higher education from the National University of Computer and Engineering from Lahore, but he could not complete higher education. He thought that, there is no any career of this field, so he quit from the organization and started acting. He stepped into the showbiz industry where he performed well in acting and as well as singing[3].

Fawad left the acting career in 2001 in a drama serial ‘Jutt and Bond’ opposite Ahmed Ali Butt. The hit series ‘Humsafar’ opposite Mahira Khan and Naveen Waqar stabilized his position in the television industry, and he went on to appear in a number of big-budget dramasIn 2007 he gave his big-screen debut in Shoaib Mansoor’s movie ‘Khuda Ke Liye’ contradictory Shaan Shahid and Iman Ali. The film developed one of the hits with a collection of more than 15 crores. From this movie he got the best actor award[3].

He started his work in Bollywood by his first film in “Khubsurat” in 2014 with Sonam Kapoor. Again in 2016, he worked with Kapoor and sons with Alia Bhatt and Sidrath Malhotra. The film did the business of 100 crores. In the same year he was appeared in “Ae dil ha Mushkil” [3].

Humayun Saeed was born on 27th July 1971 in Karachi, Sindh, Pakistan. He is a film actor, producer, and television actor. He got early education from the Nasra School, Karachi. He got his education of intermediate from Patrick college, Karachi and later completed higher education from the Karachi in commerce field. Soon he connected to the showbiz industry and Pakistani Dramas. He is not only a good actor but also a good director, producer and co-founder of one of the biggest production houses of the Pakistani showbiz industry of which name is “Six Sigma entertainment Plus”. He got highest pay of 3 lacs per month and soon he become famous in Pakistan in a very short range of time[5].

Saeed was well obsessive to turn out to be an actor until his school life. However, in 1995, he took a advertisement in the Pakistan drama industry and soon, became a multi- brilliant person of the Pakistani showbiz business. The brilliant Star started the wandering of his showbiz profession as a manufacturer in 1980 and later on, he categorical to act in Pakistani productions. In 1996, Saeed provided his unity of the best substitute presentations in his first creation serial ‘Ab Tum Ja Saktay Ho’ which was television program in PTV with co-actress Sania Saeed[5].

Dramas in which he did acting[5]:

Movies in which Humayun acted[5]:

He was born on 26th October 1973 in Lahore and his family also lived at there, he grew up from Lahore and currently he lived in Karachi with his family. He got his education and graduate during his showbiz career. He was born to Abid Qureshi and Afshan Qureshi which are famous film and television actress. In other words, his family is from the showbiz industry which working in the television and films in Urdu and Punjabi. Faysal got married at the age of 18 years, but his fate was not good that both were not lived with each other and divorced, again he married after 2 years and had a son but after some years got divorced. 3rd time he again married and he living in Karachi with his family the couple has a daughter Aayat Qureshi[7].

He finished his big-screen entrance in 1992 in the movie ‘Saza’. He has been a part of a numerous of films check-out now but inappropriately, his all movies didn’t make well at the box office due to which he made his definitive concentration on a small screen. However, he is yet again making his way in the direction of the big screen and broadcasted his film ‘Sorry: The love story’ opposite Zahid Ahmad, Amina Sheikh and Faryal Mehmood. He is also co-producing the movie[8].

He worked as a reality show “Hero banny ki Tarang” and morning show “Muskurati Morning” on the TVOne Global with Ayesha Khalid. He persisted the part of “Salam Zindagi” for many years along with the Faizan Sheikh and Adi on ARY Zindagi[8].